How many trucks are there in Canada?

There are 700,000 trucks across the nation, 420,000 of which are used to carry freight commercially. The remainder can be found in the hands of governments, utility companies and farmers and occasionally haul commercial goods such as machinery and equipment. About 500,000 are straight trucks and the remaining 200,000 are truck tractors. 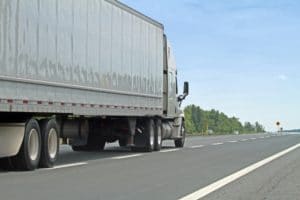 Overall job opportunities should be favorable for truck drivers, especially for long-haul drivers. However, opportunities may vary greatly in terms of earnings, weekly work hours, number of nights spent on the road, and quality of equipment. Competition is expected for jobs offering the highest earnings or most favorable work schedules.

Overall employment of truck drivers and driver/sales workers is expected to grow 9 percent over the 2008-18 decade, which is about as fast as the average for all occupations. As the economy grows, the demand for goods will increase, which will lead to more job opportunities. Because it is such a large occupation, 291,900 new jobs will be created over the 2008-18 period.

The number of heavy and tractor-trailer truck drivers is expected to grow 13 percent between 2008 and 2018,  mainly as a result of increasing demand for goods in the U.S. As the economy continues to grow, companies and households will continue to increase their spending on these products, many of which must be shipped over long distances. Employment of light or delivery services truck drivers should grow 4 percent over the projections decade. Though experiencing slower growth than heavy trucking, light and delivery trucking will similarly be closely tied to the state of the economy. As economic growth occurs, there will be an increasing need for light trucking services, from the distribution of goods from warehouses to the package delivery to households. The number of driver/sales workers is also expected to grow 4 percent between 2008 and 2018,  for the same basic reasons.

Job opportunities should be favorable for truck drivers, especially for long-haul drivers. In addition to occupational growth, numerous job openings will occur as experienced drivers leave this large occupation to transfer to other fields of work, retire, or leave the labor force. As workers leave these jobs, employers work hard to recruit experienced drivers from other companies. As a result, there may be competition for the jobs with the highest earnings and most favorable work schedules. Jobs with local carriers are often more competitive than those with long-distance carriers because of the more desirable working conditions of local carriers.   Despite projected employment growth, the demand for workers may vary greatly depending on the performance of the American economy. During times of expansion, companies may be forced to pay premiums to attract drivers, while during recessions even experienced drivers may find difficulty keeping steady work.

As one of Canada’s largest industries, construction plays a vital role in making Canada one of the best places in the world to live, work, and raise a family.

Our homes, offices and schools; the bridges, roads and sidewalks that we use; the factories that produce food and motor vehicles: all were built and put in place by the men and women who work in the construction industry. By providing infrastructure and employment, the industry is essential to the progress of the Canadian economy.

In fact, the industry represents 12% of Gross Domestic Product (GDP) when considering its impacts on all sectors of the economy, and it maintains and repairs over $5 trillion in assets. 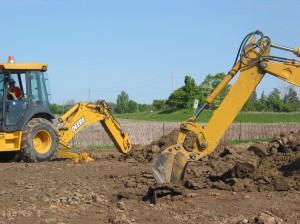